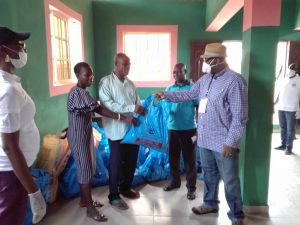 The Institute for National Transformation has provided food relief packages to over 500 households in Alimosho Local Government Area of Lagos State to cushion the effects of the COVID-19 lockdown.
The Team Lead for the Institute’s food bank project, Mrs Olubukola Femi-Ajala, made this known in an interview with the News Agency of Nigeria on Tuesday.
Femi-Ajala said the move was part of the Institute’s intervention programmes for the vulnerable in various communities during the period of the lockdown.
According to her, recipients were drawn from two constituencies, including people living with disabilities across six Local Council Development Areas (LCDAs) in Alimosho and vulnerable residents of Orisunbare community in Ayobo.

Also, COVID-19: EU delegation distributes food items to 2,157 households in FCT.
“The first phase of the distribution was done to 250 persons with disabilities in Alimosho Local Government.
“We first had a meeting with the Chairman, Joint National Association of Persons with Disabilities (JONAPWD), Lagos State Chapter and he gave us the heads of each cluster in Alimosho.
“We worked with the data that was given to us and we gave the representatives of each cluster to distribute the items to their members who are in need.
“The second phase was to go into the communities and ask the community leaders to identify those who are less privileged, widows and other vulnerable because we are not interested in those who already have.
“So far, we have been able to reach over 550 households which has surpassed our initial target of 500,” she said.
According to her, each of the over 500 beneficiaries got food packs containing 5kg rice, 5kg beans and 5kg garri.

Representatives of Orisunmbare Community, Ayobo, receiving food relief packages from the Institute for National Transformation (INT)
She added that the project was going to expand to other local governments in its next phase.
Femi-Ajala also called for proper structure in distributing relief materials at the grassroots to ensure they reach the intended beneficiaries.
She said that the institute had set the standard in its previous distribution programme which was in line with the its core values of responsibility, integrity, compassion and excellence.
She said donors ought to go through the community leaders since they had accurate information on the number of houses and the vulnerable in the community.
“We have seen rowdy and disorganised food outreaches conducted across the state where people who are supposed to benefit do not get the materials.
“So we took cognisance of this and decided to show a better way of doing it in our distribution process and that is the key to our success.
“We worked with stakeholders and community leaders by asking them to provide data on how many houses are in the community and identify those who are the vulnerable.
“The crux of our message is that there is a better way to distribute in an orderly manner which is through the community leaders. They are the ones who really know the people,” she said.
Receiving the items, Mr Ezekiel Olawale, Chairman Oloko Oba Orisunbare Community in Ayobo, expressed gratitude to the institute for coming to the aid of the community members in this trying time.
NAN reports that the Institute for National Transformation focuses on nation building and has its presence across many African countries, the United Kingdom and United States of America·
Edited By: Bola Akingbehin/Wale Ojetimi (NAN) 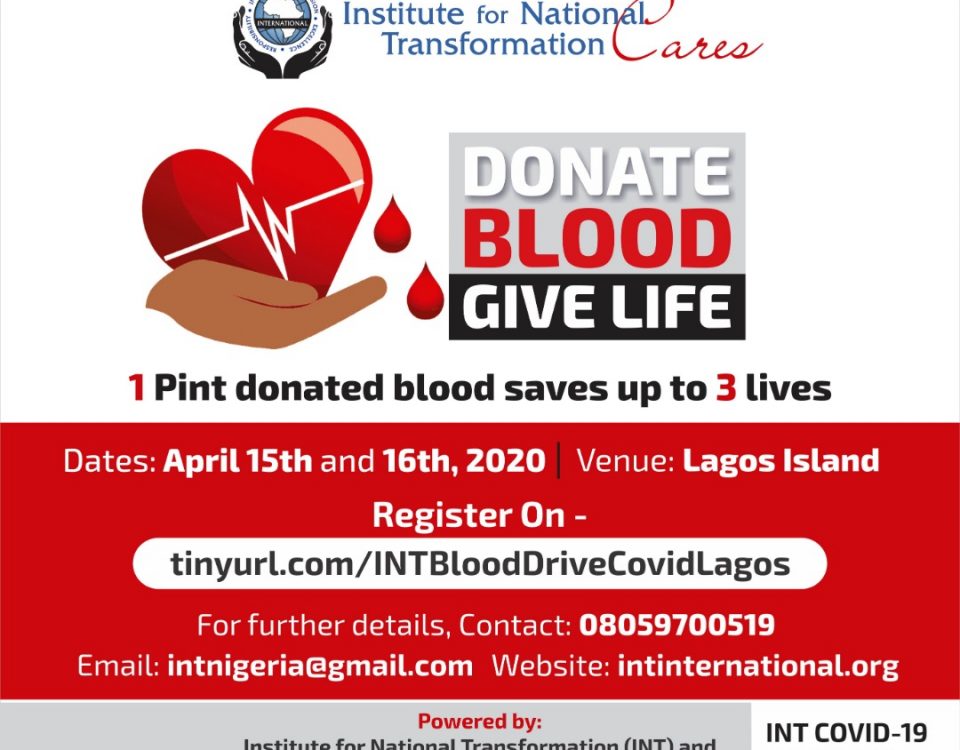